Glad to be here

We arrived back home late last night from our 2.5 week vacation back in the South.  It is no exaggeration to say we cherished every moment with our family, friends, home climate and culture.  We are so thankful for having the opportunity to fly across the country and spend that kind of time.

I feel very refreshed, which is good, because I came back to a place and time for figuring some stuff out.  It's good to come back with a cleared head.  For now, with school officially out, I plan to just putz around my house putting things back in order post-vaca.  I have the tremendous privilege of planning for my dear sweet friends who are coming to visit starting the 4th of July.   We are so excited to have all four of this precious family under our Oregon roof for a few days!

And now it's time for me to walk my pup.  I think he's emotionally spent from our going and coming, but it sure is good to see him again.  I so enjoyed feeling the sun on my bare shoulders back in the South, but the prospect of walking on dewey ground with sunlight spilling through the massive evergreens with my dog at my side, even while wearing a sweater (sigh) doesn't sound too bad, either.  ;>

Once upon a time, I found grace.
It was God's grace, coming from the one who defines the word.
Thrilled as I was to have a word to describe what I always knew in my heart,
I talked of it everywhere I went.

Understanding even a tiny bit about grace changed everything.
It changed too much according to the theys, the thems, and those.

They said, 'grace has it's limits, girl'
'you're still under the curse'

That's what they said, when I asked if maybe we worried about things that didn't matter anymore?
They said, 'you're still under the curse'.

Really?
How much sense does that make?
How much sense does that make in
the light of dark, holy blood
spilled by an exsanguinated savior,
by whom sin and death were wrestled to hell,
and the veil was torn
from top to bottom,
and the sky went dark
and the only Good that ever walked
was buried behind stone.
Until He wasn't anymore,
because,
then He was alive, because He was
victorious, so
now He is alive!

Where in all that is there still room
to live under the curse?

How is it even possible?

And to say that we are still under the curse is to
accuse Jesus of ailing from
the foulest impotence...

it is to say,
He cannot save us at all. 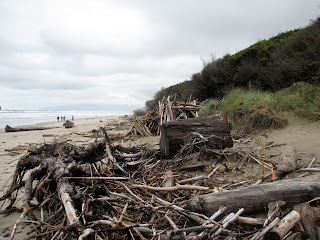 and it's a mess 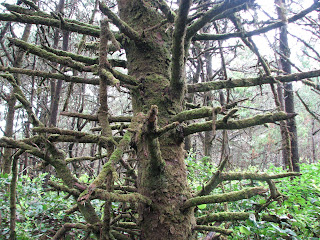 and sometimes you are like a tree
weathered, worn and broken
planted by still waters....
not so much 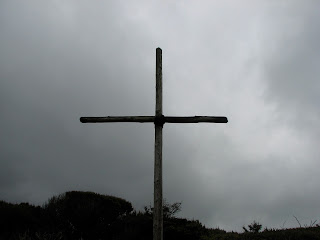 and sometimes, with sun obscure
you are standing in the grey
and there's not much left to do
but embrace the wood
of another kind of tree

sometimes that's just how it is

Counting with the community of the grateful:

~  finishing the little orange book
~  the admonition, blessing and encouragement we received from it

~  not knowing much, but knowing Him, and how that really is enough

~  watching how one who is loved well, loves well
~  the healing that brings, like a balm on a burn